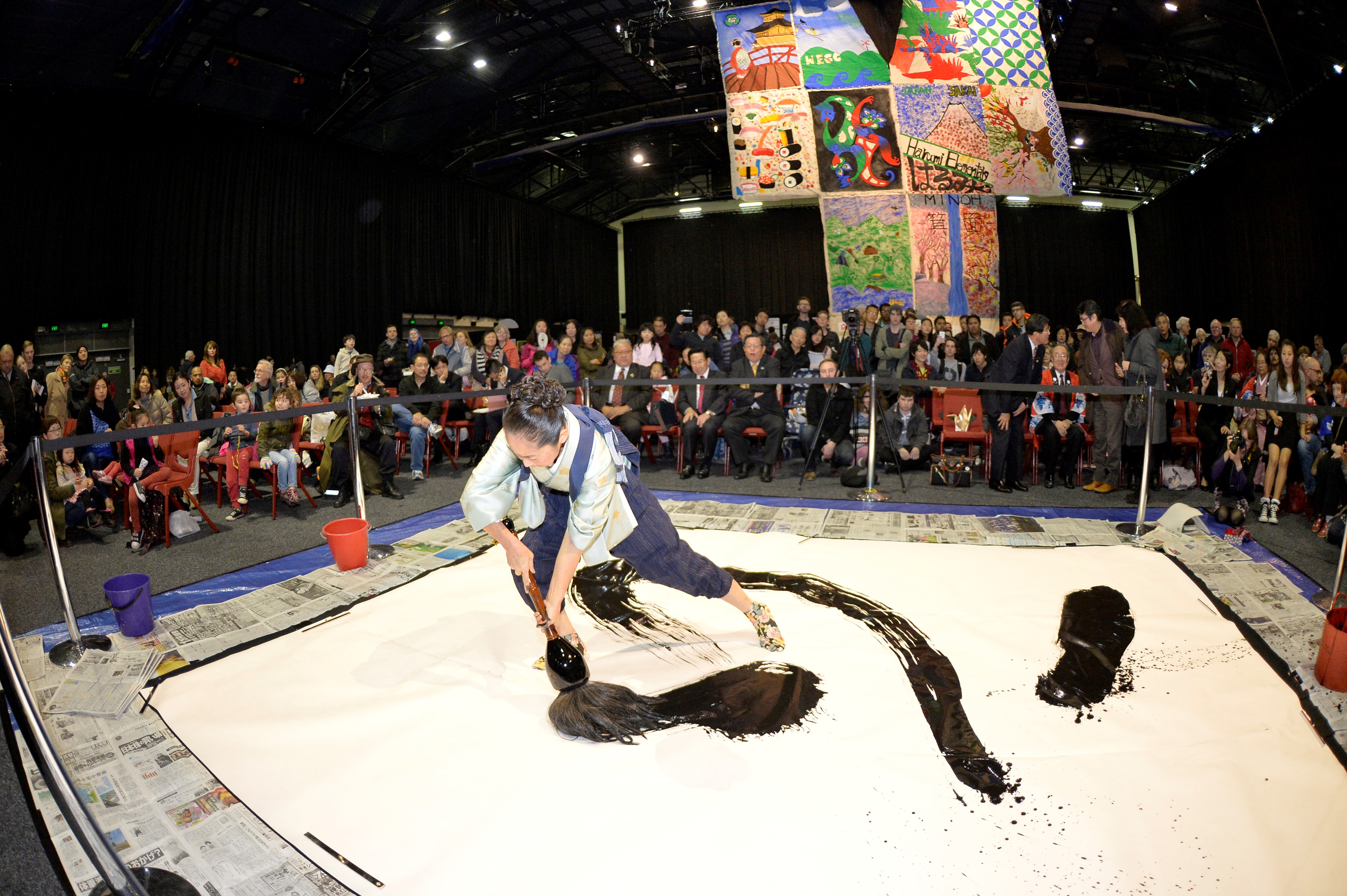 Come along to the Japan Festival Wellington and try your hand at calligraphy.

Calligraphy – also known as shodō (書道) or “the way of writing” - is one of the most celebrated and revered forms of artistic expression in Japanese culture.

The tradition of calligraphy was introduced to Japan from China in the 6th century A.D and evolved during the Heian period (794-1185). The borrowed Chinese characters (漢字, kanji) were still used, but a new type of characters: kana (hiragana ひらがな, and later katakana カタカナ), were created. With these additional characters Japan developed its own unique style of calligraphy.

Japanese calligraphy is at once an art form, a means of communication, and a meditative Zen practice. Using a bamboo brush and sumi ink made from pine tree soot, calligraphers spontaneously create a sweeping, flowing brushstroke which expresses their emotions, personality and passion.